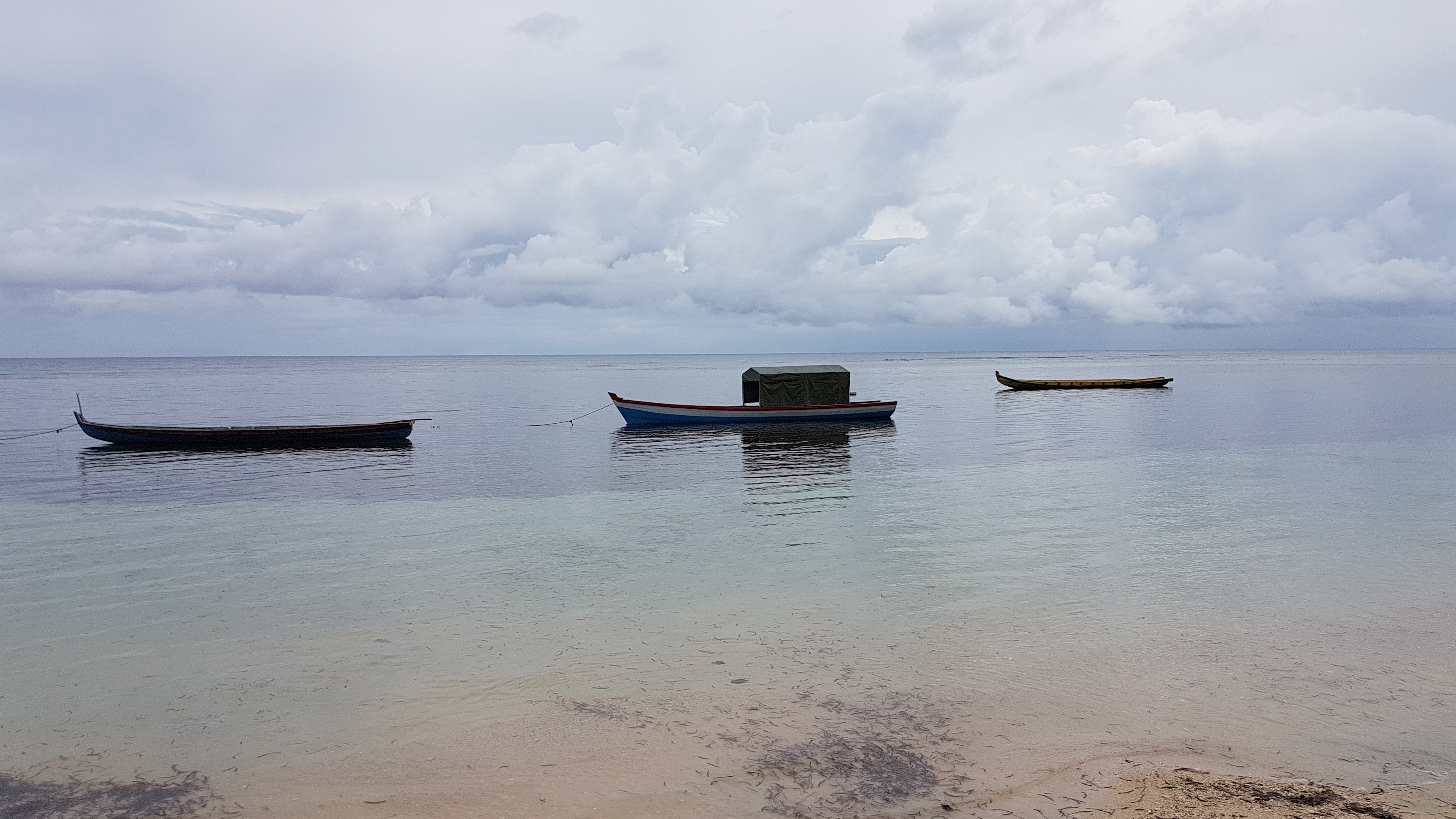 Enggano, with about 1500 speakers, is spoken on Enggano Island, off the southern coast of Sumatra, Indonesia. Enggano is classified as "threatened": only the elder generation are fully competent and fluent speakers. Many children speak Indonesian and little to no Enggano. Intensified contact with non-Enggano speakers is likely to continue and spread throughout the island, to the detriment of Enggano.

Our work on the Enggano language began with a pilot visit in February 2018, where we met with elders of the five Enggano clans, recorded some traditional stories, and worked with some younger speakers to record some verbal paradigms. We also visited an elementary school and the high school, discussed our project with the headmasters and some of the teachers, and gave presentations about our project to the students.

In 2018-2019 we received funding to continue the project from the Endangered Language Fund (2018-19) and Oxford's John Fell fund (2018-19), and in 2019 we were awarded a research grant by the Arts & Humanities Research Council, UK.   Our AHRC project has several objectives.

The first aim of our project is to document the Enggano language: we will record, transcribe, translate, and analyse a body of traditional stories, conversations, cultural events, and descriptions of everyday tasks in the Enggano language. With the permissions of the speakers, we will make these recordings available on the project web page, and we will deposit the dataset in a standard archive at the end of the project. This will allow the data to be preserved for future research and, for the Enggano community and its descendants, as a record of possibly the last generation of fluent Enggano speakers.

The second aim of the project is to produce a grammar of Enggano in its Austronesian context, thoroughly describing the major structures of the language. Our research will draw on previous work on the language, the dataset that we will collect, and targeted work with Enggano speakers on the details of Enggano language structures. The resulting reference grammar will be valuable as a detailed study of the grammatical structures of the language, particularly to linguists specialising in the Austronesian language family, since it will allow for comparison of the structure of Enggano to corresponding structures in other languages of the region. We intend to publish the grammar through an open-access publisher: this will make our work accessible to researchers in linguistics and related fields worldwide, and in particular to researchers in Indonesia, for whom academic books are sometimes inaccessible or too expensive to acquire.

For linguists, Enggano is an intriguing puzzle: it has been claimed by some linguists to be a member of the Austronesian language family, like many other languages of the region, but by other linguists to be an isolate with no known relation to other languages. We believe that Enggano is an unusual Austronesian language, but further evidence is required to firmly establish the place of Enggano within Austronesian: almost all of the work that has been conducted on the genetic affiliation of Enggano is based on research by the linguist Hans Kähler, conducted on a single seven-month visit in 1937-8. Additional work is needed to test and supplement Kähler's data and to determine how the language has changed in the intervening years. We will devote one or more chapters of the grammar to an exploration of Enggano's genetic affiliation and relation to other Austronesian languages.

Finally, we will work to empower the Enggano community to document and preserve their own language. A central component of this effort is our plan to develop educational materials for teaching the Enggano language in local schools, targeting Years 7-9 (ages 13-15). We will work with local educators and community leaders to develop these materials and to raise awareness of language and cultural endangerment, and with local government institutions to ensure that our educational materials meet local government standards.